We've kind of turned a corner at Future500, acknowledging that we have not been involved in the Open Source (PHP) community enough in the past few years. It's my fault - I am the owner after all - so I finally made a decision to make a field trip to the biggest and baddest conference PHP has to offer in the Netherlands: the Dutch PHP Conference 2013. Here's what went down... 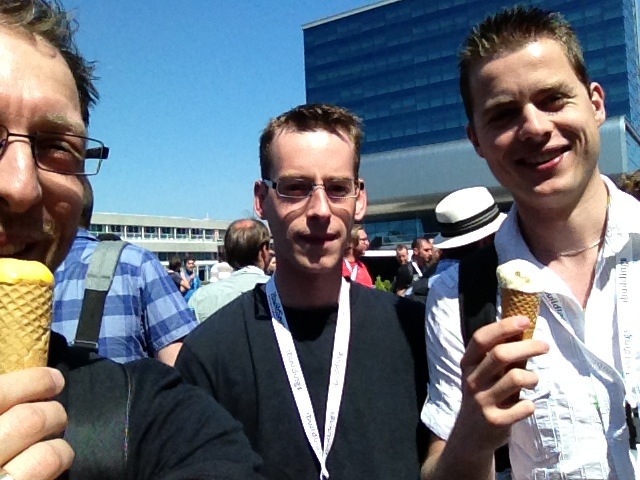 First off, the conference was executed to perfection by iBuildings. A big chapeau to them, as far as I could tell everything was on time, technologically sound and without unpleasantness of any kind.

Then there where the speakers. Ah, the speakers.. where should I begin? Combined between us, we saw about 50% of the talks and I'm sure we'd be just as enthusiastic if we'd seen the other half. There was a good mix between technical talks and overviews, between "PHP stuff" and "other stuff", and between usual suspects and new speakers.

Now there's a lot of new subjects out there at the moment, much more than 2 years ago for example. That's my vision at least. After unit-testing came up some years ago, now there's automatic deployment (of local Dev environments also), there's dependency managers, continuous integration, logging and monitoring, coding standards and all sorts of tools surrounding that as well. Not so much specific to PHP but just development best practices in general. Needless to say, there's A LOT to keep up with, and DPC is the place to go if you want an overdose.

Here are some of my favorite talks summarized:

Having a talk about functional programming at a PHP conference seems a bit off-base, but Igor delivers the goods in a clear and crazy way. He already had a series of blog posts on the subject - so I won't have to butcher a good introduction to Lisp by trying to explain it myself.

As we use Doctrine quite extensively, it was cool to get a peak inside the kitchen of one of the guys who cook that code up. And season it. And serve it. And eat it (and do God knows what else with it...) Marco is clearly an expert on the subject, and there is much to learn by watching the Proxy Pattern theory applied to real world examples.

By far the funniest talk, I think we actually shed some tears during Marcello's performance (I can't even call it a talk). And while too much humor can distract from the subject, in this case it was an absolute win. PHPspec is a tool that "helps" you generate code, in a very non-traditional sense. It's actually a testing framework - but unlike PHPUnit, it creates a flow where you're guided to your next step instead of blocked by a failing test run.

Kevlin is such an enigmatic speaker with such diverse subjects it's always cool to watch. Summarizing his talk would not result in anything useful or even fun to read, so I'll refrain and just advise you to go see him speak somewhere, or read one of his books.

This talk just blew my mind. It's about so many things... happiness, progression in life, breaking through barriers, achieving goals, recognizing weakness in my business model, growth, building a real rocket ship with nothing but matches and duct-tape, curing all disease know to man and - indeed - he almost explained why 42 is the answer to the meaning of life, the universe, and everything! Ok so I'm over-exaggerating just a tiny little bit, but his talk didn't feature a single speck of PHP and inspired me the most. That has to count for something.

So to sum up: if you're a PHP developer, or aspiring to be one, go to DPC in 2014 and mingle with your peers. You will come out better than you went in. That's a promise.