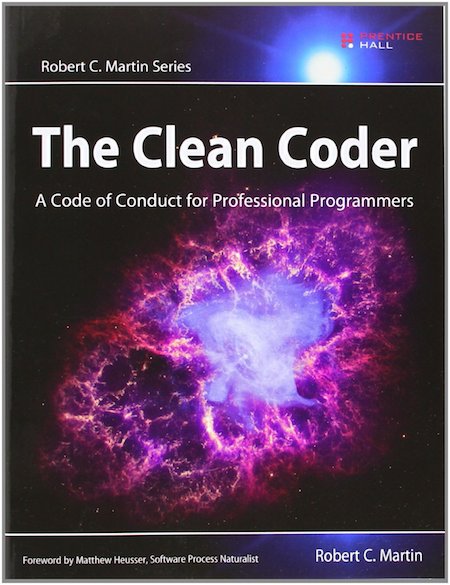 This book describes the career-long insights of Robert C. Martin (Uncle Bob), on what it means to be a “professional programmer”. He digs into his own past to display it -warts and all- so that we may learn from it. It’s not an autobiography or anything, but a self-proclaimed code of conduct with some specific examples on why the author holds certains views.

While I usually don’t really like the this-is-how-it’s-done approach, I must say that many points in the book struck a chord in me. Some points I see clearly, either because I do thinks similarly or because I’m trying to get there. Other points are more of a revelation - an opening to other solutions to things I’ve been struggling with for years. It’s very well written with clear subjects, you should be able to finish this book in a few days.

This book scores a solid must read. Any developer -especially the hotshots who only focus on code when they think of their jobs- should read this book. Twice.