What WeCamp did for me

My first contact with WeCamp was early in 2014 in the form of a box of water-pistols dropped at a local user-group, with the message: 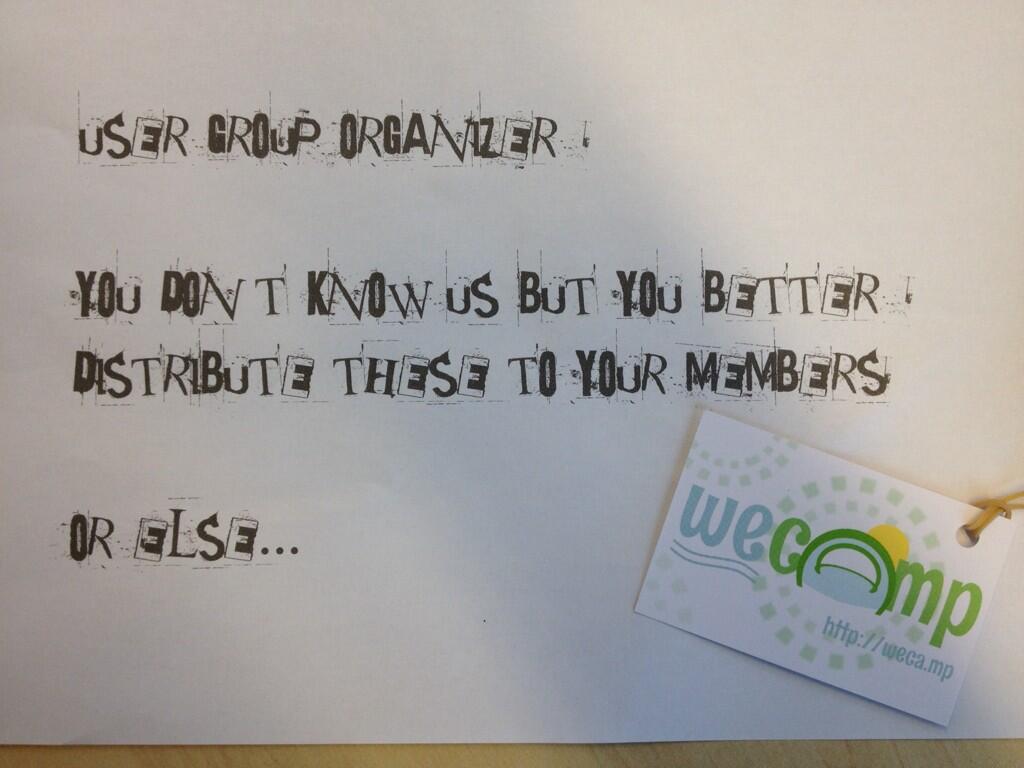 My first thought was: challenge accepted!

About 2 months later I discovered WeCamp is a 5 day developer retreat, on an island, where participants would create stuff in teams guided by a coach. Now that has to be cool! So I went.

How I went in

What I didn't think of at the time was that I went with a kind of a personal struggle. I was at a crossroad in my career, I didn't know where I wanted to go.

I've started coding when I was 13 years old, and at the time of WeCamp 2014 I was a professional developer for about 9 years. I've used a wide range of programming languages, seen and wrote lots of code, read lots of blogs and other resources, learned linux by compiling a custom OS together (LFS), dived into system administration, consumed a lot of API's, and much more. I guess you could say I'm a jack-of-all-trades.

But I wanted to shift my attention towards a specific goal, become an expert among experts on a certain subject, but I didn't know what to go for. I had a few idea's, but for each I had no clue as how to pursue it.

Like I said, that wasn't what I was thinking about when I decided and went to WeCamp. I merely thought it would be epic to be amongst other developers on an island, writing code and drinking beer :)

How I came out

What I experienced at WeCamp is hard for me to describe, but infinitely more then I expected it to be. Besides having an absolutely fantastic time, I've learned a lot! And what I learned wasn't really technical.

I learned for instance about Agile, how to work in a team using techniques from SCRUM and Kanban (which my team dubbed "Scrumban"), how to use skills present in a team. Also I learned how to work from a vision towards presenting a minimal lovable product without any form of deadline-stress. 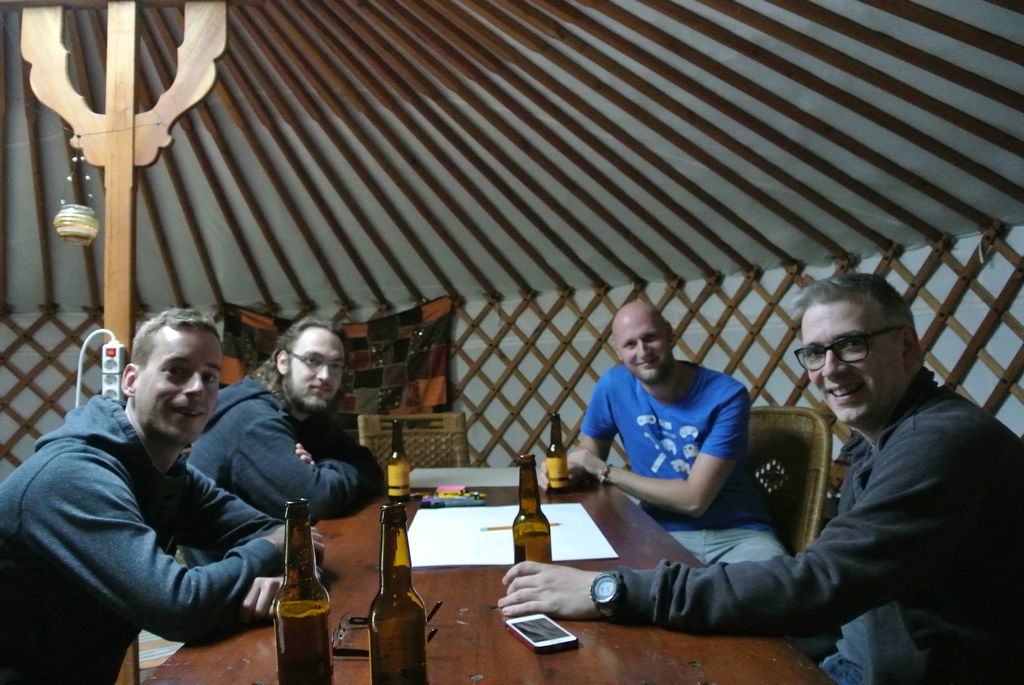 But most importantly my personal struggle was over! Thanks to all people I worked with and talked to, I gradually grew a clear picture of where my main interest lay.

When you get to see people being excited about stuff they're working on or learning about, you tend to tell them what you are excited about. And what I was talking about the most leaned towards a certain subject. In the work that I did for my team my attention went to places that suggested the same subject.

I learned that I need I need to step out of my comfort-zone. Doing that let's you achieve thing you didn't know where possible. And I learned that I'm not afraid to do it.

Then there was the one-on-one with my coach, who I told about my struggle, my newly found potential road to travel, and lack of clarity on how to get there. He helped me by hearing me out, making some good suggestions and finally establishing some SMART goals. These goals have really helped me getting where I am today.

Where I am now

Today I'm proud to say I'm a Senior Software Developer at a great company, taking on the roles of Technical Lead and partially Team Lead. Partially because I like managing work, but not managing people ;) I'm specializing myself on the subject of Domain Driven Design, currently diving into CQRS and Event Sourcing. Without WeCamp, I'd most probably still be a regular developer not sure about what I want to do.

And I'll be there at WeCamp 2015! (Yes, I've already got my ticket.) Let's see what I can learn this time, but also what I can teach others!

Finally I want to thank Elvira (my wife) for letting me out for a week in 2014, and again this august!